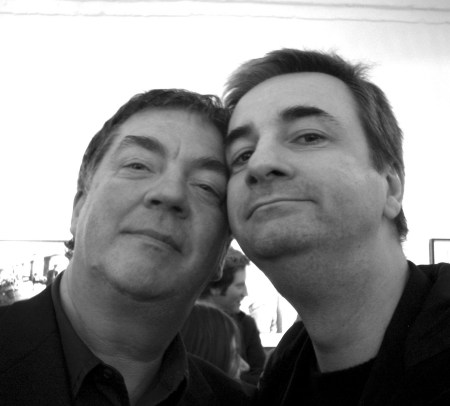 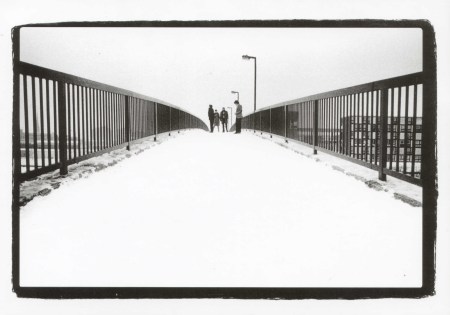 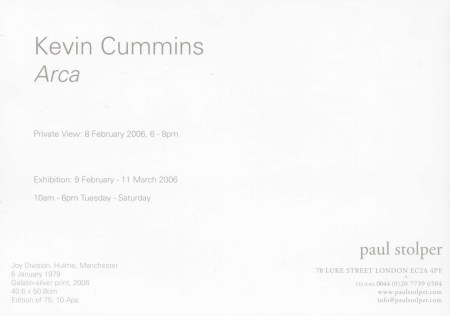 "Paul Stolper is pleased to announce the launch of a portfolio of 11 photographs of Joy Division and Ian Curtis by Kevin Cummins. This group will be exhibited at the Paul Stolper gallery from 9 February to 11 March 2006. Never before has this most iconic set of images been collated and exhibited together. Both Joy Division's music and Kevin Cummins photographs captured a particular moment in English culture; the transition from Punk to Indie. Today they have assumed such status that the images are cited and referenced in art, fashion and graphics.

"Whilst the music was the most important part of Joy Division's oeuvre, Kevin Cummins' photographs were integral to our visual perception of the band. Shot in monochrome, exactly as they would be used in the music press, the photographs acted as the visual counterpart to the music. Taken in rehearsal rooms in Little Peter Street, an old Manchester warehouse, or outdoors in Cathedral Yard, they mirror perfectly both the intensity and intimacy of Joy Division's unique sound. They are beautiful haunting images of a hopeful young band. There is a striking poignancy to them when we look at them now, knowing how subsequent events unfolded, with the tragic suicide of singer Ian Curtis on the eve of the band's first American tour.

"The photographs document Manchester the city as much as they do Joy Division, and as with all great photographs they reveal as much about the protagonists as they do their setting. As an urban background, Manchester was intrinsically linked to the group, and fed into the group's music. Visually the cold snow covered streets, empty motorways, and dark barren warehouses, so perfectly captured by Kevin, find echoes in their music. Where groups like the Sex Pistols, and for that matter the corporate music industry as a whole was so strongly linked to London, Joy Division and Manchester are forever locked together in Kevin Cummins stunning works."

Photographs are for sale. No further prints will be made from these 11 images.

Kevin Cummins
Arca
A portfolio of 11 Gelatin-silver prints
Paper size: 20" x 16"
Each in an edition of 75, 10AP's
signed and numbered by Kevin Cummins
Published by Paul Stolper

Read the first issue of Scream City for an interview with Kevin Cummins and review of 'Arca'.