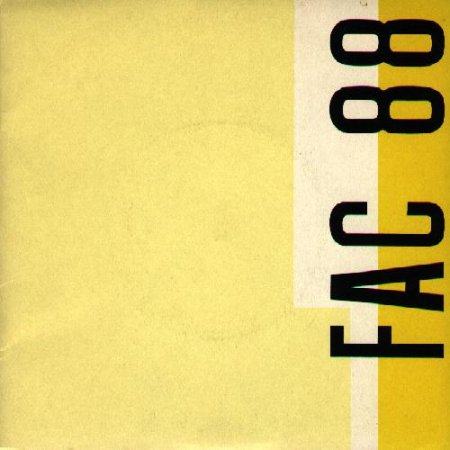 The Wake - FAC 88 Talk About The Past; front cover detail

The Wake - FAC 88 Talk About The Past; back cover detail

Piano by Vini Reilly
Design by Jackie Gribbon and The Wake

Thanks to Caesar for the following: "Jackie Gribbon ran an independent record store in Glasgow. He sold Factory records at the shop, so we got to know him and he ended up doing some driving for the band. We had lost touch with James Kay, 'Harmony' co-designer, and Jackie took over starting with the next record, the 12" single for Factory Benelux, 'Something Outside'. I don't think he produced any other artwork - but he might have done, as he was involved with other bands in Glasgow. Anyway, it's fair to say James and Jackie weren't designers by occupation - more like contacts / friends who helped with preparing material for the printers".

Some time later, in 2005, the design of this record sleeve would be paid "homage" to in the form of the MAG 88 - free cover disc with March 2005 edition of Magic: Revue Pop Moderne. 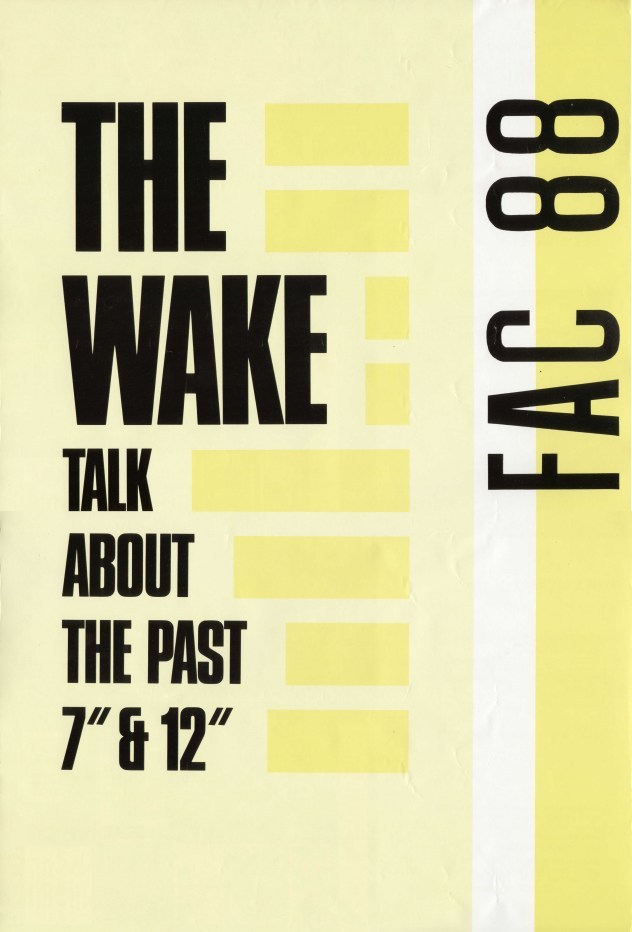 The Wake - FAC 88 Talk About The Past; promotional poster [Thanks to Alexander Macpherson (Opium, ex-The Wake) for the poster] 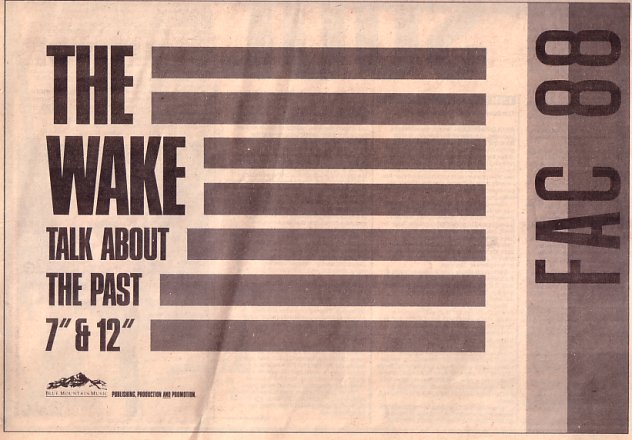 A Factory Night (And Then Again)

FAC 178 Something That No One Else Could Bring