Previously unpublished photographs of Joy Division playing live at Bowdon Vale Youth Club (South Manchester) in 1979 are being exhibited to mark the 25th anniversary of the death of lead singer, Ian Curtis.

The exhibition ran at Hale Library from 3-7 May 2005 and is now transferring to the Rampant Lion, Anson Road, Victoria Park, Manchester 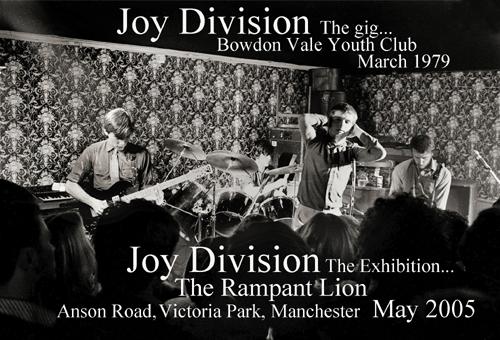 Photographer Martin O'Neill exhibited 26 pictures at Hale Library, the nearest available venue to the youth club which is now a Post Office. They capture the intimacy of the gig which took place on a tiny stage barely a foot off the floor in front of around 150 teenagers. Then the band's band's groundbreaking debut LP, Unknown Pleasures, was still three months away from release, a move which sparked success which culminated a year later in Love Will Tear Us Apart reaching 13 in the charts, following Curtis's death. 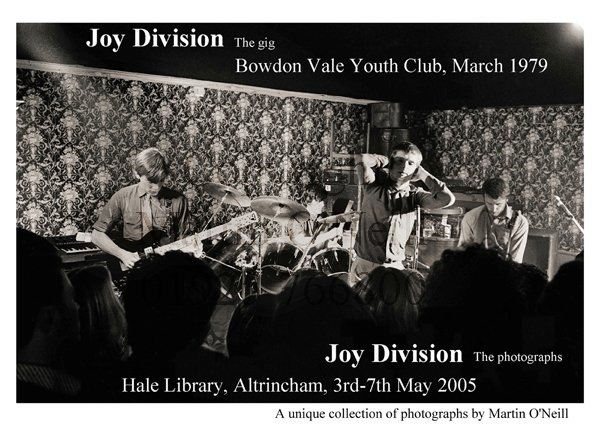 The majority of the 26 pictures have never been published and none have been exhibited before. Interest in the exhibition is likely to be strong given a recent surge in popularity in Joy Division due to the planned release of two films to mark the anniversary of Curtis's death and the rise of current bands such as Interpol, who cite the legendary Manchester group as a major influence. The Bowdon Vale gig has also already captured a special place in the band's history having been filmed on Super 8 by Malcolm Whitehead and shown at London's Scala cinema as Factory Records release FAC 9.

O'Neill, a former press photographer is himself an ardent Joy Division and New Order fan, and hopes the exhibition will attract people who attended the gig as well as the new breed of fans. His own recollection of the gig as a budding 18-year old photographer is hazy. "Frankly I can't remember too much, just being told to 'fuck off' by Peter Hook when I climbed on the stage and then being scared to death when Ian Curtis started dancing. Beyond that the only other thing I remember was thinking Stephen Morris is a really good drummer."

He added: "It'll be interesting to see how many people claimed to be there on the night though. I'd really like to meet other people who genuinely were there, but this could end up a bit like the Sex Pistols at the Free Trade Hall which everyone seems to claim to have witnessed."

The gig was one a series hosted at the youth club, with other bands featured including The Freshies - who touched the charts with I'm In Love With The Girl On The Virgin Megastore Check Out Desk - and Swinton's newly re-formed Fast Cars.

Some of the pictures being exhibited can be viewed at www.zyworld.com/cameraman/iremembernothing.htm

The posh suburbs of Altrincham (itself a posh suburb of Manchester) were reminded of their gritty rock past (!) on Saturday night (30 April) as one-time Sale & Altrincham Messenger photographer Martin O'Neill opened his solo exhibition of photographs at Hale Library. The photos depict local Manchester band Joy Division's sweaty black and white gig at nearby Bowdon Vale Youth Club, some twenty-six years prior. 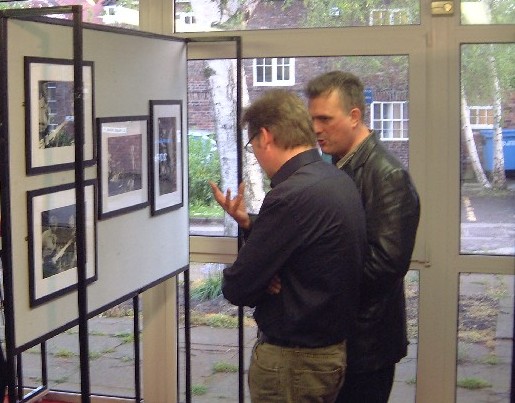 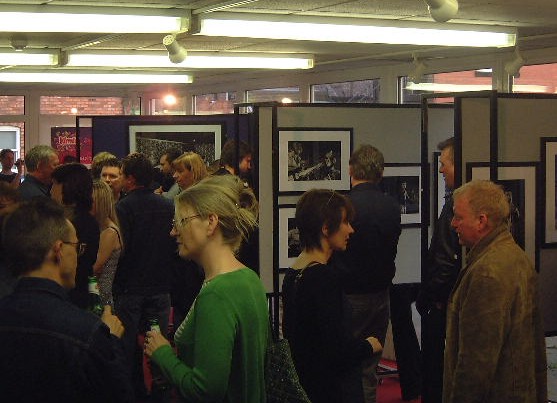 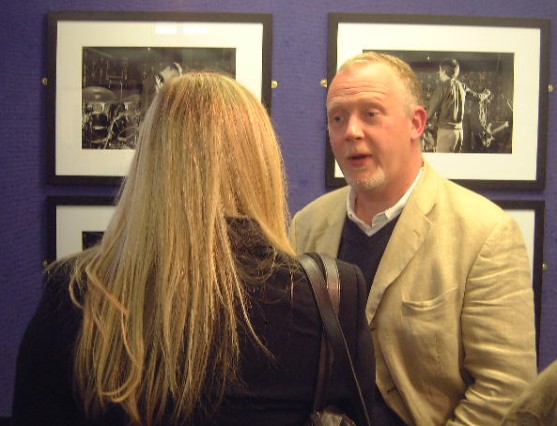 Joy Division - the photographs; Hale Library, Altrincham, 3rd - 7th May 2005; the launch party 30 April - Nick Wraith, one of the attendees of the gig talks to the Manchester Evening News 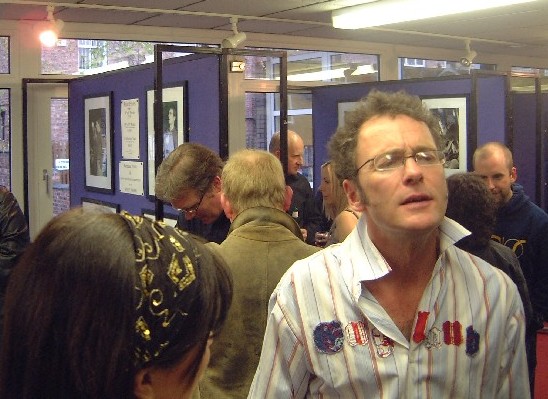 Not strictly in keeping with the spirit of the original alcohol-free gig, wine and beer was available on the night, though supplemented with free Vimto (one of Martin's photographs famously depicts drummer Steve Morris supping a can of this local fizzy beverage - other members of the band seeming to prefer the more sophisticated 'soda pop' 7UP experience).

Martin's guests on the opening night included a number of the original attendees of the gig itself including Nick Wraith and Andy Wake, along with local celebs Martin Moscrop (ACR etc), Lindsay Reade (Factory etc), Alan Hempsall (Crispy Ambulance), Mick Middles (writer), Karen Mason (Hacienda etc), various 'Fast Cars' and a special guest appearence of the original promoters of the gig itself: chiropodist Bob Jefferson and his wife Jane (owners of once-local record shop 'Streets Ahead')

Though the exhibition lasts only one week, plans are afoot to move it into Manchester proper in time for the 18 May anniversary of Ian Curtis' suicide (now confirmed, see above).

Highlight of the evening was the lady who had diarised her early gig experiences, selectively quoting them at random : "Valentine's Day, 1979. Went to see The Fall. Wore red leg-warmers..."

Thanks to Martin O'Neill and Moist. Extra special thanks to Joy Division Central who first 'discovered' Martin and his photographs.

More from the web on 'I Remember Nothing':

From The End To The Beginning - The Joy Division Films