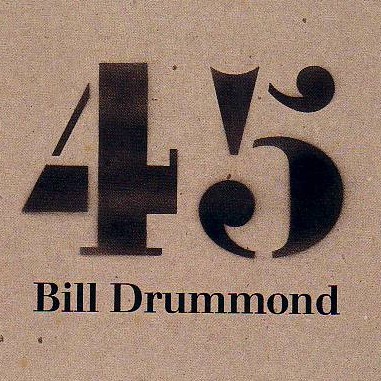 At the age of 45, Bill Drummond is less concerned with setting the record straight as making sure it revolves at the correct speed'; Bill (founding member of the Justified Ancients of Mu Mu and the KLF) wrote this book to coincide with his 45th birthday. He had previously released an album, 'The Man', when he was 33; contains this section pertaining to Factory Records; "Tony Wilson phoned me from Factory Records. They had started at about the same time as Zoo. There was some sort of friendly rivlary between the two labels, which mirrored the less friendly rivalry that existed between the two cities of Liverpool and Manchester. There had even been a rather sad and pathetic attempt at a festival in the summer of '79 - 'Factory meets Zoo Halfway' - on some derelict ground outside Warrington. The bands featured were A Certain Ratio, The Teardrop Explodes, Orchestral Manoeuvres in the Dark, Echo and the Bunnymen and Joy Division. Tony Wilson tried to dissuade me from signing the Bunnymen to a major label. He told me that it doesn't have to be this way, that Joy Division, as we spoke, were recording an album to be released on Factory. We should do the same with the Bunnymen. Up until then none of the rash of indie record labels that had sprung up around the UK in the wake of the Punk DIY ethic had produced anything but seven-inch singles. As far as I was concerned, this was part and parcel of some vague ideology. I assumed that most other people out there running small independent labels must think the same way. That they too were going for the eternal glory of pop and the seven-inch single. The Alan Hornes, the Bob Lasts. So when Tony Wilson implied I was selling out and buckling in to the power and money of London, I didn't get what he meant. As far as I was concerned he was the one compromising, by giving in to the indulgent muso tendencies of Joy Division and letting them record an album for Factory. (There is another side to this. We were skint. Tony Wilson was on telly every night earning loads of money. We needed the cash the southern bastards could tempt us with.)" 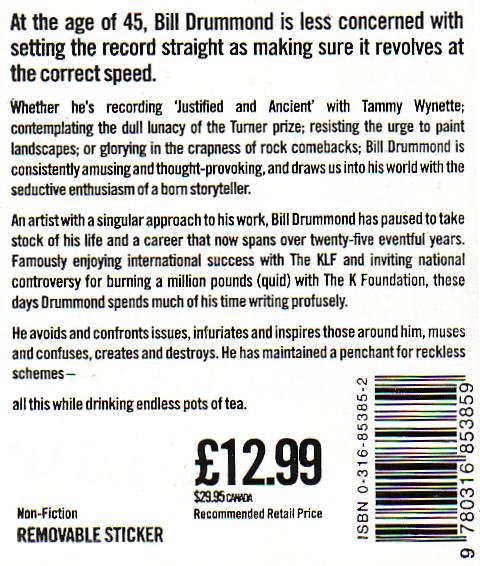 Detail of back cover sticker outlining the premise of the book

From Joy Division to New Order The Factory Story

Fac 351 The Hacienda Must Be Built

The Hacienda - How Not To Run A Club

Shadowplayers: The Rise and Fall of Factory Records

Mr Manchester and the Factory Girl

Manchester: Looking For The Light Through The Pouring Rain

You're Entitled To An Opinion...