Events > Punk: SEX, Seditionaries and The Sex Pistols, 26 May - 7 August 2005 @ Urbis > In Conversation with Paul Morley and Anthony Wilson 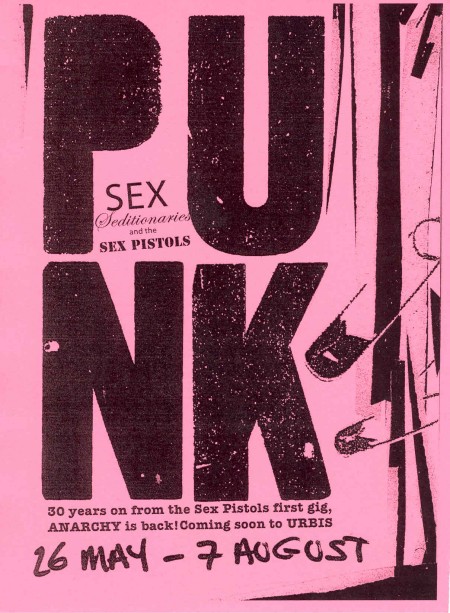 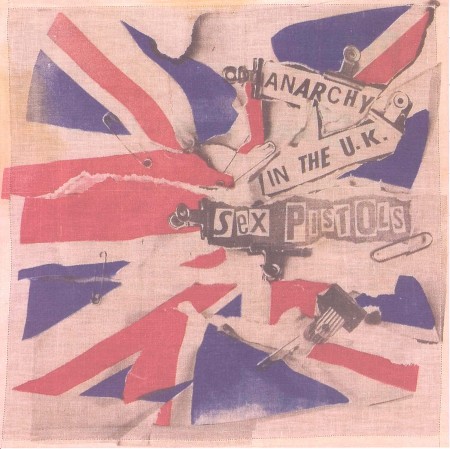 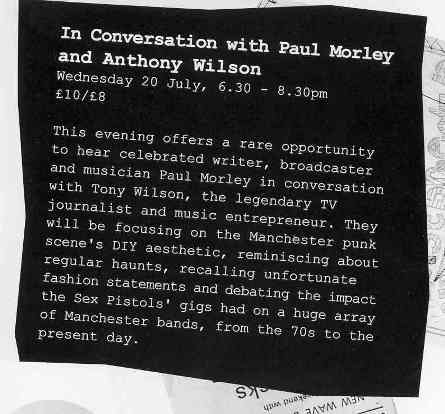 Explore one of the most infamous movements in urban culture - the punk rock scene of the 1970s.

Rediscover the fashion, music and graphic design surrounding the Sex Pistols which rejected the establishment, and in the process became a cultural phenomenon. Punk charts the relationships between the Sex Pistols, Malcom McLaren, Vivenne Westwood and Jamie Reid and the designs, fashion and cultural icons they collectively created.

Featured in the exhibition are previously unseen items including outrageous anti-fashion creations from McLaren and Westwood's shop SEX (later Seditionaries), some owned by Sex Pistols band members, original handwritten lyrics from songs on Never Mind the Bollocks, rare designs of promotional items and album covers, and photographs from the Sex Pistols on tour.

Punk shows how this collection of work achieved iconic status and still has the power to influence and offend. Punk also features rare material and objects illustrating the Manchester punk scene of the time, curated from private Manchester collections.

Accompanying the exhibition is publication No Future now available in the Urbis shop priced £18.99.

The work included within this exhibition was intended to shock and offend in its day and may still do so for some visitors! Parental guidance is advised.

Punk: Sex, Seditionaries and the Sex Pistols is based on an exhibition first shown at the Hospital in Covent Garden, curated in collaboration with Paul Stolper and Andrew Wilson.

All images (c) The Hospital.

The Situationists, from whom punk borrowed heavily, had a word for it.

"To survive, the Spectacular Society must have social control. It can recuperate a potentially threatening situation by embracing the threat, making it safe and then selling it back to us." - Spectacular Times Number Eight.

Recuperation was in action on Wednesday night as Manchester's Urbis opened it's 'Punk' exhibition to an invited audience of old punks and/or new tories.

Turning rebellion into money, Urbis are charging punters three quid to view the exhibition - which is made up largely of original punk accessories and artworks from the 'Sex, Seditionaries and Sex Pistols' collection first shown by the London-based 'Hospital Group Limited'.

The 'Manchester Corridor' placed in the centre of this version of the exhibition provides a local perspective in the form of various posters, fanzines, videos and original artwork of a selective group of Manchester punk acts. Pre-Factory Factory artists are represented by Vini Reilly (Ed Banger etc), Rob Gretton (co-manager of Slaughter & The Dogs), and various local gig posters.

Highlight of the exhibition: A letter to Rob announcing the publication of a Dogs fanzine explains the proposed title thus : "It's called 'Manchester Rains' because we've heard that 'London's Burning', ha ha!"

Lowlight of the evening: the inclusion of imagery that should have been subjected to the revisionist airbrush, rather than the obligatory warning.

The exhibition is on until 11 September.

The 'Spectacular Times' pocketbook series is still available from Housmans in King's Cross.

'The Boy Looked At Johnny' by Burchill/Parsons is occasionally available on ebay.

Around one hundred people attended the first Urbis 'Punk' exhibition event: 'In Conversation with Paul Morley and Anthony Wilson'. The relatively short (but expensive) evening was attended by 'Forward Music' associates Tosh Ryan and Bruce Mitchell, local radio hero Mike Shaft, authors Mick Middles and Lindsay Reade, photographer Aidan O'Rourke and OMMCR. Following the introductions (and an agreement to finish the conversation in time for the "second half of Corrie"), Paul Morley and Anthony Wilson spoke for around an hour, occasionally answering questions from the audience. Quotes (not verbatim) included:

PM: "1976 was 'monochrome' before the splash of colour that was the Pistols"

AHW: "Nobody actually pogo'd at the Pistols Lesser Free TradeHall gig - it was invented later - everybody just sat and stared"

AHW: "Liz Naylor's concept of punk is that it was the revenge of the hippies"

AHW: "McLaren wanted the Pistols to be the Bay City Rollers of outrage"

AHW: "Music intellectuals define the history of music through certain 'moments'. Martin Hannett defined it through the technicians, studios, musical and recording equipment used to create those 'moments'"

AHW: "The effect of the moveable F-bar guitar chord on punk and all subsequent music was massive"

PM: "The establishment of Magazine's 'Shot By Both Sides' as containing the greatest ever guitar riff was negated by Devoto's initial refusal to appear on Top of the Pops, and his subsequent decision to appear - but remain completey still throughout the performance. I nearly took the record back myself!"

AHW: "Devoto was originally named 'Elland' in Leeds and 'Trafford' in Manchester - presumably after the local football grounds."

AHW: "The Electric Circus (and The Oaks) should be regarded with the same reverence as the Twisted Wheel and the Haçienda."

AHW: "I was once Wayne Barrett's roadie when they played one of Rob Gretton's gigs at The Oaks."

PM: "I did Joy Division a service by forcing 'The Worst' on stage before them at the Stiff / Chiswick challenge. Did Joy Division really want to be on Stiff Records? Can you imagine that?"

AHW: "The Stranglers were foisted upon us. They were a bunch of fucking tossers.... with one or two good songs"

AHW: "U2 were massive Joy Division fans and were originally championed by (Factory's press officer) Tony Michaelides - when nobody else was interested. At one point Chris Blackwell faced the dilemma of having to decide which band to drop between U2 and The Distractions."

AHW: "The Pistols were treated like they had the ebola virus. After one cancelled Pistols gig after another, I demanded that week's 'What's On' be retitled 'What's Off'. We even had the caption board redone. They (Granada) refused, so I resigned."

PM: "I have always wanted to headbutt and snog (Wilson) at the same time."

Mutual mastication over, Morley retreated to Malmaison for an interview with Lindsay Reade, while Wilson rushed off to be late for his second booking of the evening - a corporate after-dinner speech at local posh restaurant 'Simply Heathcoates'. 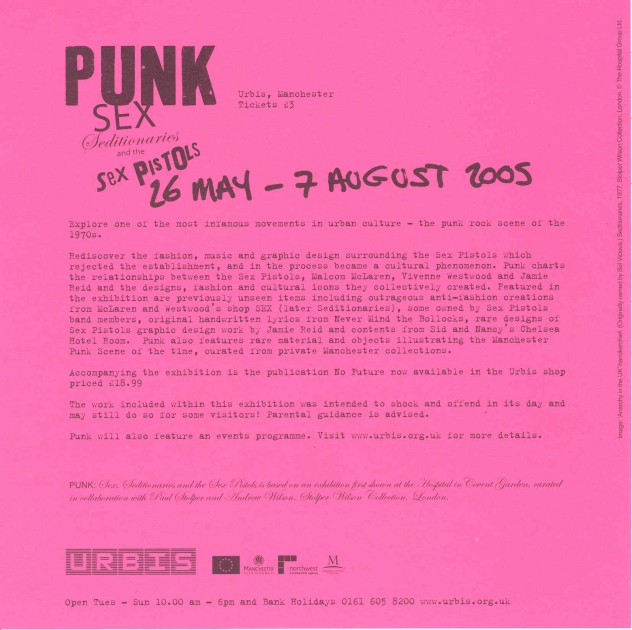 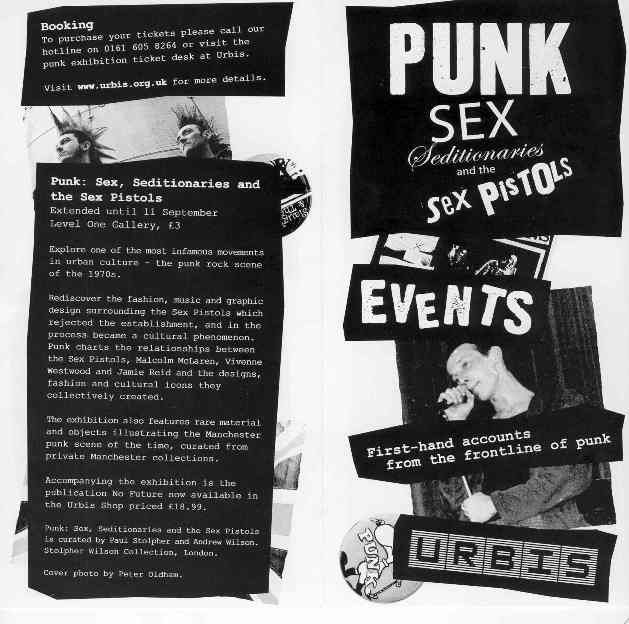 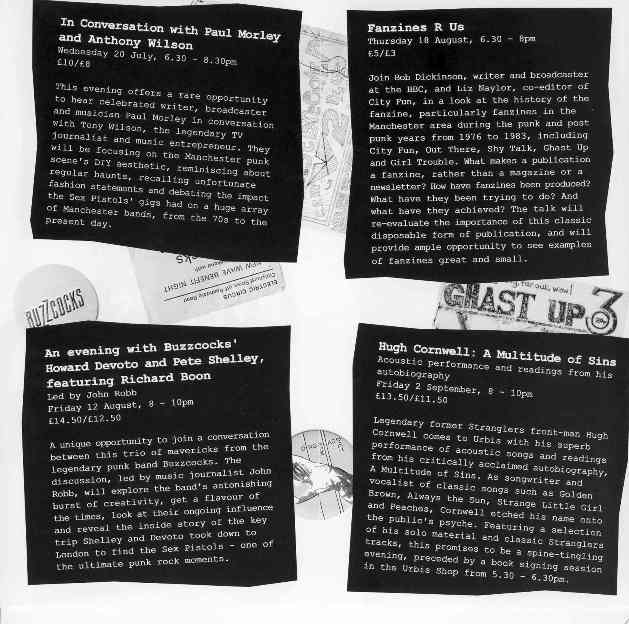 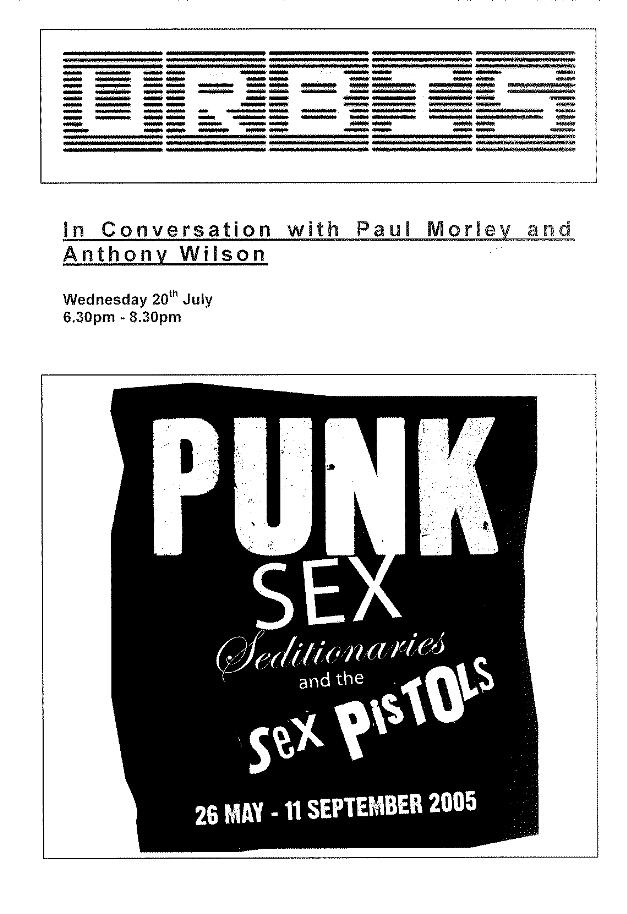 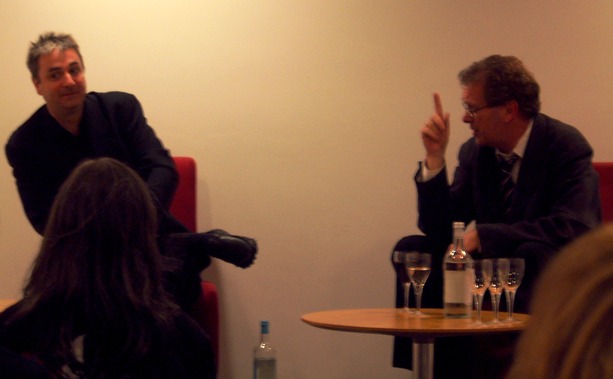 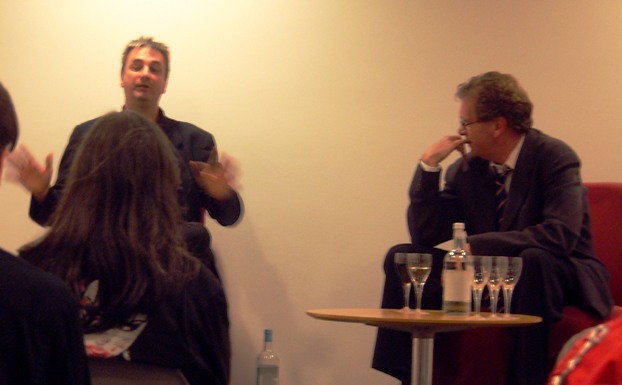