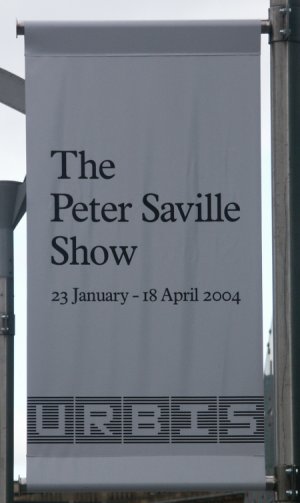 Returning to the city where his legendary career was launched, Peter Saville brings a three-decade retrospective of his work to Urbis in Manchester, opening on 23 January and running through 18 April 2004.

Born in Manchester in 1955, Saville honed his skills at Manchester Polytechnic in the late 70's alongside his friend, Malcolm Garrett. By their second year, Garrett had begun making his presence felt in the Manchester music scene by designing covers for legendary punk group, The Buzzcocks. This proved to be the catalyst that influenced Saville to start on a career path that would allow him to firmly establish himself as one of the luminaries of the Manchester scene.

A chance meeting with Granada TV presenter Tony Wilson proved to be the fateful knock of opportunity. Wilson had decided to launch a new club night, and hoping he needed a designer, Saville approached him. Later, upon seeing examples from Saville's textbooks, Wilson commissioned the first Factory poster - FAC1.

When asked about the fateful meeting, Wilson says "I always see my life as a series of mucky chances, with no chance more fortunate than to have met the remarkable Peter Saville one night at an extremely daft Patti Smith concert."

Taking a cue from the industrial warning signs and carparks that surrounded him in the city, Saville produced a classic poster which came to characterise his work and firmly marked him out as a pioneer to the images of Manchester's music.

"Growing up around Manchester has characterised my work," says Saville of his hometown, "the juxtaposition of industrial and rural which is so characteristic of the area, has always been intrinsic to what I do."

After graduation, Saville became one of the founding partners of Factory Records with Wilson and began an unbridled period of creativity, forming the style of the label as a whole. Continuing on his industrial theme, he designed FAC 2, a compilation of unsigned artists from the area featuring the re-worked industrial vision of FAC 1 boldly done in black and silver. The response was immediate with all 5,000 copies of the album selling out - thus enabling the fledgling label to fund and release Joy Divisions seminal album, Unknown Pleasures. The striking simplicity of the artwork matched the stark hallucinations of the music.

Wilson comments, "To have him clothe what I felt was the greatest music in the world, in what we all now know were the most beautiful clothes ever created, was my very special privilege."

Saville's work with Joy Division and then later New Order formed an unparalleled body of work, admired by designers and music fans alike.

He went on to use his distinctive style to design covers for some of music's best, including Bryan Ferry's (an early hero of Saville's) Roxy Music and OMD. So defining was his work, The New York Times went on to call him "the default creative director for a style-obsessed generation."

During Britpop's heyday, Saville's artistic vision was brought to the forefront yet again by artists who had admired his work in their youth - groups such as Pulp and Suede commissioned him to bring his special touch to their albums.

Curated by the Design Museum in London and currently touring the world, The Peter Saville Show is a landmark exhibition showcasing one of the most influential graphic designers of our time. The Peter Saville Show showcases over 500 items - from conception through to finished pieces, from album artwork to his work with fashion gurus such as Mandarina Duck, Dior, Givenchy, Stella McCartney and Yohji Yamamoto.

On 23rd January 2004, The Peter Saville Show comes home to Manchester, on display at Urbis. Saville relishes the homecoming, "Philosophically it's rewarding to be asked back to show the work in the city where its spirit belongs - and after all these years I'm intrigued to know what Manchester makes of it."

The Peter Saville Show and exhibition tour was organised by the Design Museum, London, and curated by Libby Sellers. The exhibition is now touring internationally. Urbis is located at Cathedral Gardens, Manchester M4 3BG, is open daily from 10am - 6pm and entry is £5. For more information visit www.urbis.org.uk. 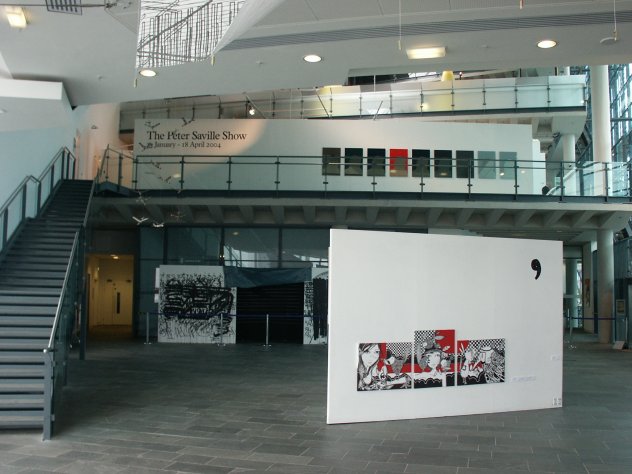 Transcript of back of flyer

One of the most influential graphic designers of our time, Peter Saville returns to Manchester with a retrospective of his life's work The Peter Saville Show. Spanning three decades this landmark exhibition contains over 500 items documenting his inspirations and tracing his thought processes, from conception through to finished work.

Best known in Manchester for his work as art director at Factory Records, designing album covers for bands such as Joy Division and New Order, Peter Saville played a seminal role in an era which shaped Manchester's scene. More recently his client list has included names such as Pulp, Gay Dad and Suede within the music industry and Mandarina Duck, Dior, Givenchy, Stella McCartney and Yohji Yamamoto within the fashion world.

In 2003 Creative Review listed Peter Saville as one of the most important designers working today. 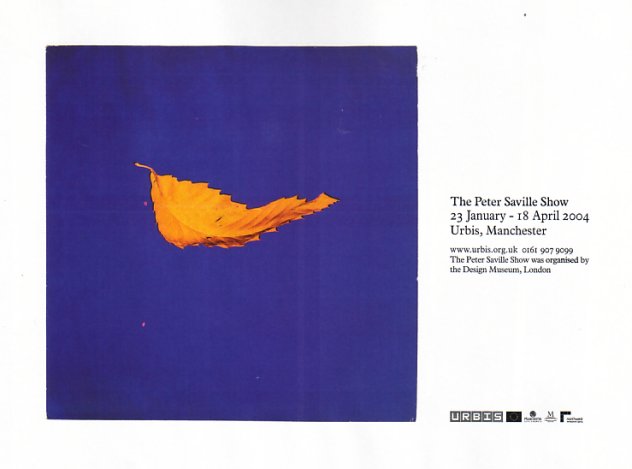 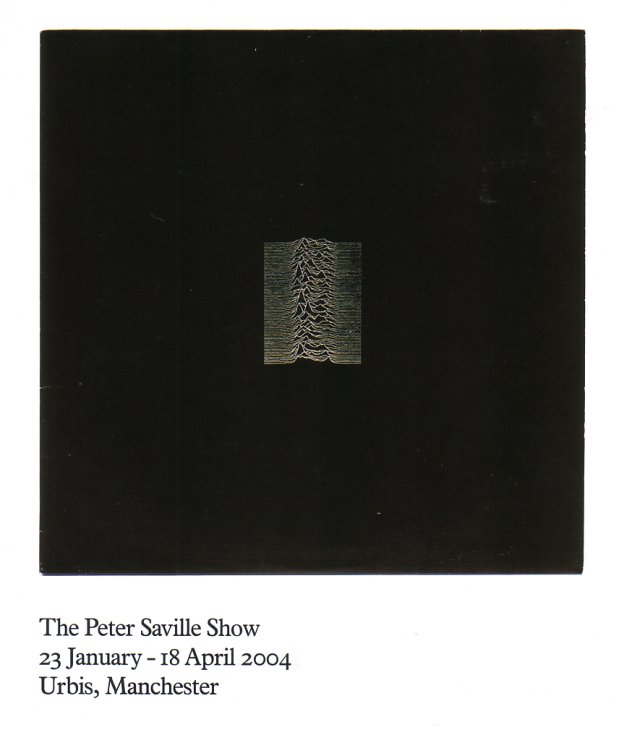 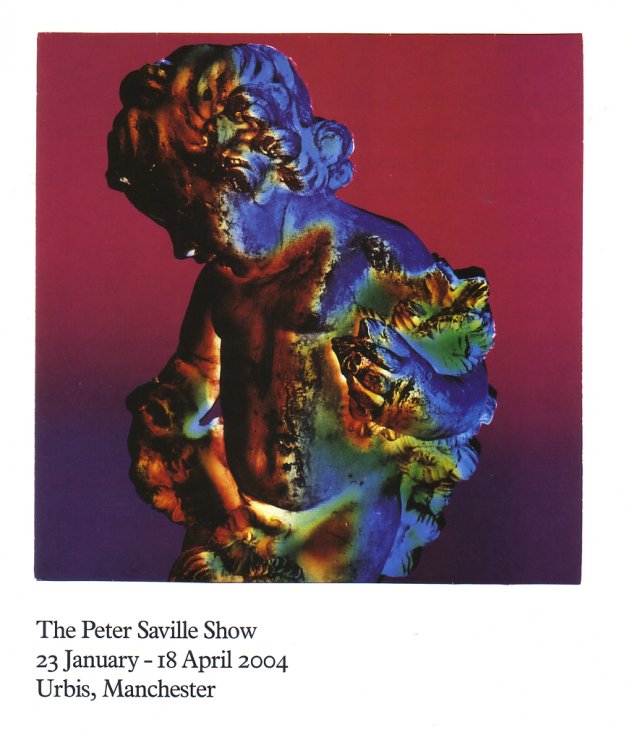 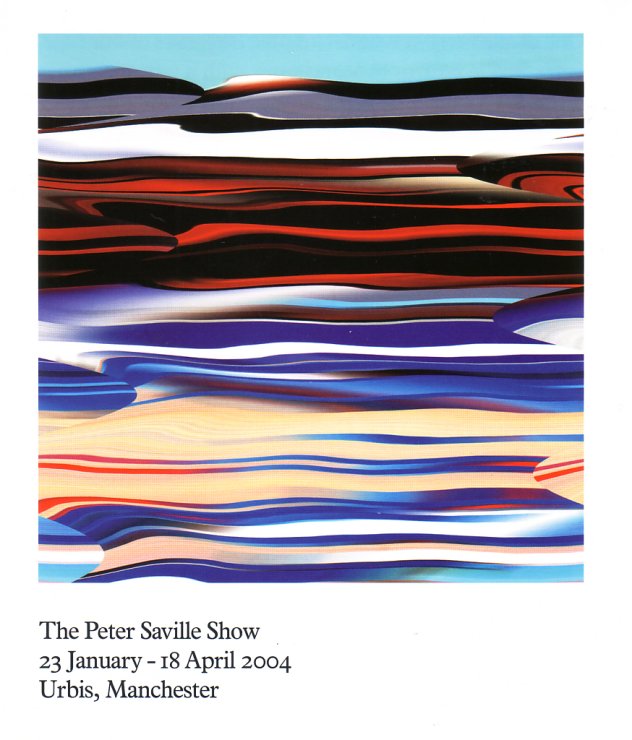 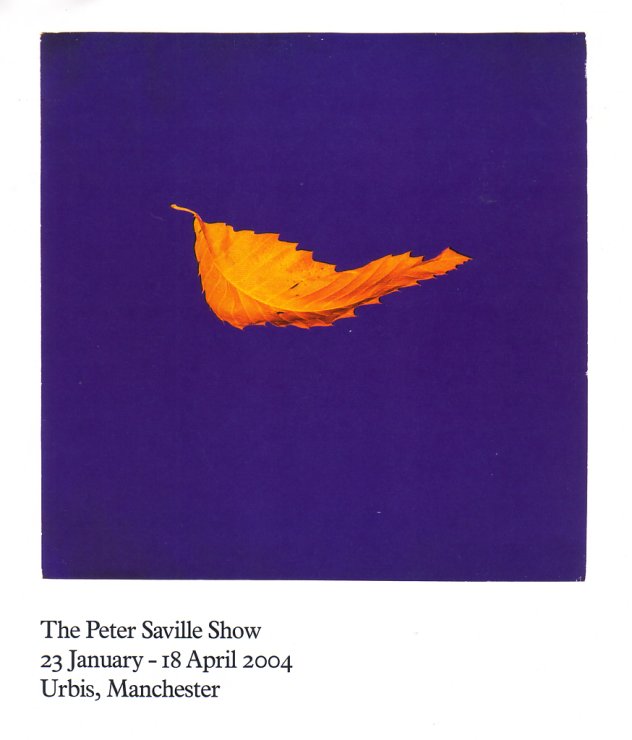 The launch party was held at Urbis on Wednesday 21 January and was attended by a galaxy of stars including Peter Saville, Bernard Sumner, Mike Pickering, Rowetta, Bez, Tony Wilson and Peter Hook. The Durutti Column even played a special set. Keir Stewart, backstage after the Teatro Rivoli gig in Porto, Portugal, admitted that they'd had to play loud in order to get noticed!

Check out the photos on Rowetta's Noticeboard.

City Life issue 518 had an extensive interview with Peter Saville.